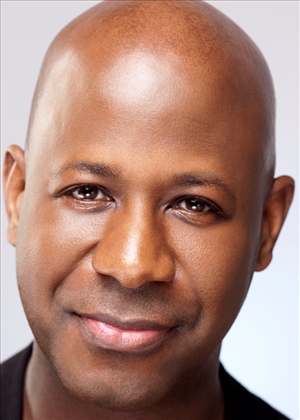 Artist and Songwriter, BENJAMIN THOMAS of Silver Spring, Maryland, has just burst into the music scene and is already making a big splash. Seemingly out of nowhere and overnight, Benjamin has shocked many of his friends and colleagues who knew nothin... Read More

Artist and Songwriter, BENJAMIN THOMAS of Silver Spring, Maryland, has just burst into the music scene and is already making a big splash. Seemingly out of nowhere and overnight, Benjamin has shocked many of his friends and colleagues who knew nothing about his great musical gift. Known to many as “the numbers guy” because of his budget management skills, he can now add the name, “the incredible music guy”. The truth is Benjamin has always been passionate about music. In fact, it is a family tradition. Members of his family, including his deceased father and brother were part of a gospel group called Mighty Thomas Gospel Singers when Ben was growing up. He and other family members continued the tradition in their generation but Benjamin did not pursue a career in singing. Benjamin went on to college and got a BS degree in Business Administration which led to jobs using his grant management skills. He was content to use his artistic talents doing karaoke night until…

One day spring 2010, the words to Benjamin’s first single “Touch Someone" and a simple melody came to him and stayed with him until he finally wrote the lyrics down that December. He originally wrote the song for his sister Nancy, a talented gospel singer, who is expected to release a gospel version in the near future. Nevertheless, a year later in December 2011, Benjamin shared the song with his friend Christopher who is an accomplished producer and he encouraged Benjamin to record the song too. He liked the idea and decided to go for it. Early December 2011, he recorded the inspirational song at Blue Room Productions in Bethesda, MD. Conrad, owner of the Blue Room, mastered the song and the rest is history.

“Touch Someone” which encourages people to give back and make a meaningful difference in the lives of others has been well-received. Benjamin shares, “Embarking upon a singing career is new territory for me but I am extremely excited about it. The message of the song and the possibility that it can actually inspire others to touch someone is all the motivation I need to keep sharing my music.” Benjamin’s warm, tenor vocals coupled with his uplifting message is the perfect formula for success.

Enjoing music and videos from BENJAMIN THOMAS... cool. Drop them a few dollars for support below.