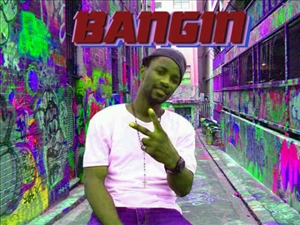 A Universal Artist, song writer and a lyrical improviser. Adewale aka (Bangin) RB,Reggae artist, Born in Lagos and started doing music way back since 1998 with his debut single, &ldquo;Ghetto Life&rdquo; released in 2004, Multitalented artiste and so... Read More

Ava Bella, born Melissa Jones, is a colorful, creative vocalist, songwriter producer, poet, and author born and raised in Kansas City, Missouri. Ava developed her passion by listening to artists her father played on Saturday nights such as Anita Bake...

Big Jim, protege of Gerald Levert, debuted in 1998 with the group III Frum Tha Soul with a self-titled LP issued on RCA. He came back with his first solo CD "Commitment Episode 1" on Platinum Soul Music Group and now he is back with his new LP Whatev...

A Universal Artist, song writer and a lyrical improviser. Adewale aka (Bangin) RB,Reggae artist, Born in Lagos and started doing music way back since 1998 with his debut single, “Ghetto Life” released in 2004, Multitalented artiste and song writer, Bangin is out with two great songs, “Wole Wole” and “Kalkulator”.

The RB and Reggae artiste, a member of the Ghetto Family Music is set to take the country by storm just as he is set to release his debut album. He as collaborated with so many artist, His a universal artist that can blend into any kind of music with his R/B, Ragga style. He controls a musical band called Ghetto Family Music

Enjoing music and videos from bangin... cool. Drop them a few dollars for support below.