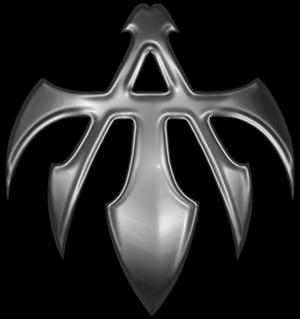 ANOTHER TRAGEDY; A heavy-modern band based near Cincinnati Ohio comprised of dedicated, passionate, and dysfunctional musicians that each bring their own unique voice to the table. Their music contains color and dynamics that are so often overlooke... Read More

ANOTHER TRAGEDY; A heavy-modern band based near Cincinnati Ohio comprised of dedicated, passionate, and dysfunctional musicians that each bring their own unique voice to the table.

Their music contains color and dynamics that are so often overlooked by many of todays heavier bands. They communicate to the listener through their powerful and emotional live show, taking the audience on a dramatic journey through dark soaring melodies, complex harmonies, crushing riffs and intriguing rhythmic and timing displays.

AT draws influence from any and all styles of music, and artistic expression. Their sound has been described as a hybrid of modern rock acts such as; A Perfect Circle, Sevendust, The Foo Fighters, and Tool melded with the bombast, rawness, and groove of classic bands like Black Sabbath, Led Zeppelin, and Deep Purple.

Their mission is to breathe life into a beautiful monstrous creation that will creep into your mind and soul and never leave you, and to leave you never the same. They strive to give to you all of the things that music has given to them. Songwriting, musicianship, musical integrity, showmanship, and artistic and technical experimentation are all paramount, and equal.

Another Tragedy has been creating and performing music for eight years, building a strong base of dedicated fans from their home town of Cincinnati, throughout Europe, and as far away as Thailand. They have been seen performing with great bands like Blue Oyster Cult, Kings X, Theory of a dead man, Winger, Seven Mary Three and many great others.

AT has been featured in many major music magazines including Kerrang, Rock Sound, and Metal Hammer. Classic Rock magazine also released an article and a CD around the world featuring the song "The Healing" from the bands Freshman album "The Beauty of Suffering".

The band has also been featured by many great local media groups such as WEBN Budwiser True Music. The video for "Broken was featured on XLTV on the UPN network. They have also been seen performing live on the local music TV show City Night's.

This year will bring forth the most promising venture from AT yet, the release of their brand new album. "Lost Among Dreams" is a multifaceted endeavor that seamlessly weaves a rich sonic tapestry with the raw primitive swagger of rock-n-roll, an unforgettable melodic magnetism and pop sensibility, combined with the spirit of venturesome experimentation and the precision of progressive music.

Enjoing music and videos from AnotherTragedy... cool. Drop them a few dollars for support below.