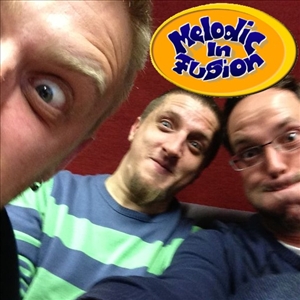 Melodic In Fusion is a 3-piece band from the southwest of germany writing and playing melodic punk-music for more than 10 years. If you want to know anything more, get in touch with us on Facebook or Twitter: http://www.facebook.com/melodicinf... Read More

Hello my name is Kristen and I am a singer songwriter from Colorado. My music is about empowering and uplifting people. I am an abuse survivor, and I wrote many of my songs about the abuse I endured and also my struggles with being adopted. Now that ...

We're glad you found us...however it is you found us! Members: Michelle, Rob, Mike, Andrew We're from Long Island NY. We found each other on Craigslist and completed our current line up April 2011. Check out our recordings of Momentum, Different D...

Melodic In Fusion is a 3-piece band from the southwest of germany writing and playing melodic punk-music for more than 10 years.

All songs are under "creative commons"-license which means that:

you all are free to download it, annoy your neighbours with it, share it, use it as music in your videos, or whatever you want to do with it ;-) As long as you mention our band "Melodic In Fusion"

looking stupid… playing the vocals (we know that’s not proper english but who cares ;-) ... playing the guitar as if he never learned it

looking incredible… playing the drums like a drum-computer with a virus... singing the backing vocals (believe it or not he doesn’t even need a mic in the rehearsals as his voice is f***ing noisy)

All recent songs where recorded by “Melodic In Fusion” using Cubase LE 5, EZdrummer and Podfarm, hope you like em :-)

All of our songs are somewhere in the melodic punk / punk rock range. Mainly being influenced by being a sucker for good melodies and fast guitars… way back in the 90’s some people called it “Melodycore” :-) check it out on wikipedia… there really IS an article about that.

And last but not least here’s our latest work, a video for our song “Time Goes By” hope you like it:

Enjoing music and videos from Melodic In Fusion... cool. Drop them a few dollars for support below.