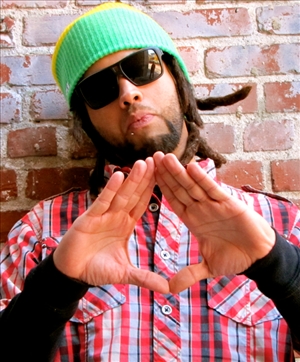 Formerly known as "King Louie", this young artist from Virginia Beach, VA. was catapulted to the top of his local music scene by fusing reggae & hip-hop early in his career. Louie says this was a learning experience & was necessary to break down som... Read More

Formerly known as "King Louie", this young artist from Virginia Beach, VA. was catapulted to the top of his local music scene by fusing reggae & hip-hop early in his career. Louie says this was a learning experience & was necessary to break down some barriers locally. Having opened up for national acts like Damian Marley, Collie Buddz, Sizzla & more, Louie now has set his sights on the mainstream. "Paper" is the first single off his highly anticipated mixtape "Late Nights/Early Mornings" & is set for release on February 5th, 2012 - in honor of his hometown team the New York Giants playing in the Super Bowl. With a unique and intriguing style all his own, its not very easy to categorize this youngster. When asked about the inspiration gathered for "Late Nights/Early Mornings" (due April 20, 2012) Louie responds, "Its mostly a feel good sound. My squad is called The Black Elite & when we party, we party hard! So, I drew my inspiration from all the partying, the women, the late nights, the early mornings, everyday struggles - the whole record is about living the life you love & loving the life you live. No regrets." Regionally, Louie has made his mark from Richmond to Virginia Beach. A top tier artist for Hampton Roads, VA., Louie is no stranger to fame, having already performed shows with well over 800 people in attendance, in addition to garnering local airplay. "My goal isn't to get signed. We gotta be realistic in 2012. My goal is just to spread my music out far & wide. I just wanna be heard and hopefully take care of business back home." - @SkipToMyLou757 on Twitter

Enjoing music and videos from Louie757... cool. Drop them a few dollars for support below.