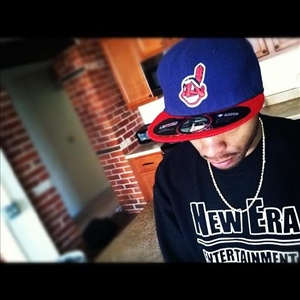 Chili-Bo is the CEO of Drink-A-Lot Records and one of Ghetto musics most “Unsung” talents! A Super Producer, Rapper, Turntable Trickster! (Dee Jay), Musician, Hustler & a mean “Hook/Chorus” singer! Chili-Bo has been on the underground music scene for...

Demarco “Loui Tha First” Siler grew up in East Price Hill on the west side of Cincinnati. Second to youngest of four brothers, Loui was the first of his brothers to earn his high school diploma from Gilbert A. Dater High School, a college prep school(Graduated Senior Class President). Loui then went on to be accepted at the University of Cincinnati, again setting a milestone for his family by being the first to attend a major university. Currently in his second year of college as a Graphic Design major, Loui has been working on music with his brother for the past 5 years as a member of ‘R.E.C Tha Team’, building a strong individual perspective on how to approach each and every project. Loui has recorded everything from Hip Hop to pop to even R&B in his determination to be a versatile and innovative artist. Having been directly affected by addiction, his mother having a stroke due to pain medication, Loui has been on his own for the most part since 17yrs old. And the trials and tribulations faced at such a young age have made him a knowledgeable and inspirational artist, a student of the streets and a collegiate student at the same time.

Enjoing music and videos from Loui Tha First... cool. Drop them a few dollars for support below.