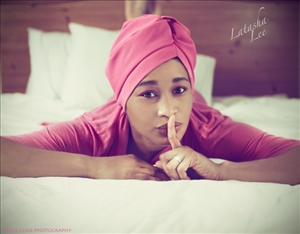 Latasha Lee was born in Corpus Christi Tx, on November 21, 1984. At an early age Latasha&rsquo;s mom, Michelle Crayton knew she was destined to perform. At the age of twenty, Latasha Lee caught the attention of platinum producer Salih Williams who ha... Read More

Born DeM'arcus DaShawn Miller June 4th 1987 The Dominican/African American Artist DaShawn Has Made A Huge impact into the R&B World. Gaining More and More Fans Everyday from different states even countries with his smooth voice and catchy Songs.. D...

BugzyRoze a.k.a Havanna Brown was born Candice Neal in Atlanta Georgia. Exposed to nearly all music at an early age, Candice always had a plethora of music to listen to. While her family worked as laborers by day , they frequently gathered for music...

Trendsetter in the House! In an industry where only the strong survive and of the strong how many are true stars, real ones? Very few! Some singers are dancers, while some dancers have a voice, but when your body and your voice are equal monsters, wh...

Latasha Lee was born in Corpus Christi Tx, on November 21, 1984. At an early age Latasha’s mom, Michelle Crayton knew she was destined to perform. At the age of twenty, Latasha Lee caught the attention of platinum producer Salih Williams who has produced platinum hits for such artist as Mike Jones "Still Tippin," Bun B "Drapped Up" and Paul Wall "Sittin Sideways!" Latasha who has always admired Aretha Franklin, Whitney Houston, Aaliyah, Toni Braxton, Etta James and SWV, new her sound must contain the essence of these artist. "In 2006 I signed to Salih's production company Carnival Beats and immediately started songwriting with him to create music for the old and new school lovers of R&B. Songs like "Mr Postman," "Respect" and "Get Away," displays the late Motown sound that I love! "Like Your Homeboys," was inspired by 90s female group "SWV," while other songs like "Fresh Out of Jail" and "Blowing up" will definitely fit todays hip hop/R&B arena. "I've performed these songs through out the State of Texas and Georgia leaving a profound effect on my audience! I'm constantly promoting and gaining more followers through our street team headed up by John Brinson. John has achieved in getting my songs on many radio stations, played in many night-clubs and placed on numerous of mixtapes!" Latasha has written and performed hooks for Asylum/ Warner Bros recording artist Chingo Bling, "In Case They Forgot," Capitol Records recording artist C-Murder, "C-Murders Home" and soon to be released Death Row recording artist 2 Pac Shakur "Tears Of A Clown!" Being blessed with beauty as well as grace has also allowed Latasha Lee to take on many paying modeling jobs as well! "I feel that I am the worlds most easiest person to get along with under any circumstance. Working harder, smarter and staying consistent is my blueprint to building longevity. I want my music to touch all people, this has always been my passion. Music is a part of me and I wouldn't trade this for anything!"

Enjoing music and videos from Latasha Lee... cool. Drop them a few dollars for support below.