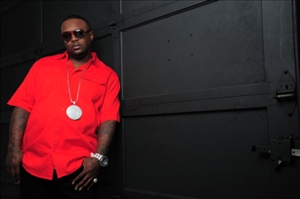 Hailing from Jackson, Mississippi also known as the City with Soul. Jackson has bread a plethora of Civil Rights leaders who wouldn’t bite there tongue including Medgar Evers, civil rights activist and leader of the Mississippi chapter of the NAACP. ... Read More

Danielle BlaiQ is the rare gem you find when you combine the raw elements of the North east with the soulful influence of the South. The female Hip Hop soul artist began her music career in Boston, Massachusetts while attending college to become an A...

Hailing from Jackson, Mississippi also known as the City with Soul. Jackson has bread a plethora of Civil Rights leaders who wouldn’t bite there tongue including Medgar Evers, civil rights activist and leader of the Mississippi chapter of the NAACP. Rap has always been about voicing ones opinion and its culmination into Hip Hop created and unified a movement out of an art form birthed in the south.K-Loe is no different, having a rough upbringing in Jackson, he utilized his craft as a means to keep himself out the streets. He’s not just an average street rapper talking about the Average street experiences. The focus of his music is not to glorify blowing money, or looking down on others, its glorifying success even after all one has been through, its glorifying making it out of the struggle without losing one’s self, success that is there for anyone of us to grasp if we work hard and put our mind to it. Even after his home was burnt to the ground losing all of his belongings including his studio, tracks, and hundreds of verses and songs, he did not let that stop him and continued to persevere!An avid Hip Hop head K-Loe was inspired by his mentor Ron Carter who had songs with Scarface, Do or Die, and produced the B-Side of Keith Washington’s Album. K-Loe has appeared on X Box’s 2K7 with Tribe Called Quest, Rhymefest and Consequence. He also toured with Akinele and opened up for major acts such as Webbie, Rick Ross the rapper and the real Rick Ross. K-Loe also penned the Charlotte Bob Cats first theme song.K-Loe’s new single Boston George was inspired by the character from Blow, and not because of the negative aspects of the movie, but for the simple fact that the drive George had to succeed and his charismatic mannerisms reminds him of himself. When talking about this single he states “This is a single that the people want and I have so much more in store and remember you have to give them what they want so they will want what I have to give”In house production by CINO You Did It Again gives the song its traditional heavy drums and 808’s with a feel that can bang both in the club and in the Lac. K-Loe rides the beat with a gritty undertone in his vernacular, utilizing witty punchlines and metaphors delivered in a way that stays consistent with the theme. It’s not what you say but how you say it.

Enjoing music and videos from K Loe... cool. Drop them a few dollars for support below.