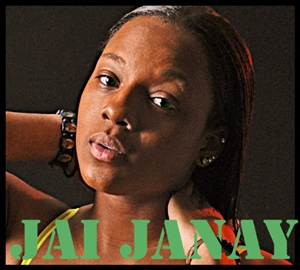 Jai Janay; rapper, started taking her music career seriously when she was in the 9th grade. Spending time at the cafeteria tables making beats with her hands and rapping for everyone at the tables, she knew she had a knack for it. Being around guys a... Read More

Prince Amine is a urban/hip hop artist from Montreal. Born in Morocco, raised both in Spain and Canada by his African American dad, Prince Amine's influences are as diverse and multicultural as his background. Mixing hip hop, rap, afrobeats and R&B, ...

The Voice of The Underdogs

Jai Janay; rapper, started taking her music career seriously when she was in the 9th grade. Spending time at the cafeteria tables making beats with her hands and rapping for everyone at the tables, she knew she had a knack for it. Being around guys after school who loved to freestyle, she listened to the different styles that were being presented. Listening to old school music and being an avid fan of it, she incorporates modern music with a splash of old school.

Jai Janay recently finished up her debut mixtape titled, "J Talk" and completed the album in July and is available for download on http://www.datpiff.com/Jai-Janay-J-Talk-mixtape.378417.html.

"My music is basic. My lyrics are not too complex. I like simple; straightt to the point and thats what I try to provide in my music. I came up with the name "L.O.V.E." for the mixtape because I showcase a lot of different emotions through my songs. I have some love songs, sex songs, a couple party tracks so I thought the name fit well. Its going to be an overall enjoyable album."

"I would describe my music as modern with a hint of old school. I have an old soul so thats why my lyrics get straight to the point. Singers and rappers back in the day knew what they wanted to say and just said it while still making a great record. Im a huge fan of Michael Jackson, Whitney Houston, Aaliyah and Lisa "Left Eye" Lopes. Michael has a tremendous influence on my dancing as well as Aaliyah. Nowadays its hard to find a rapper who can get down like the singers and work well with choreography. Whitneys influence on my music is how much emotion she would put into a song. I dont care which song you play; you get chills hearing her sing and I put a lot of emotion into my rapping. As for "Left Eye", she influenced me by showing me it was fine to be a female rapper and gave me hope to rap in the first place."

Keep a sharp eye out from this talent hailing from Alexander City, Alabama, by way of Frankfurt Germany. Check out Jai Janays music on www.reverbnation.com/jaijanay and follow her on Twitter @muse_act_jj.

Enjoing music and videos from Jai Janay... cool. Drop them a few dollars for support below.