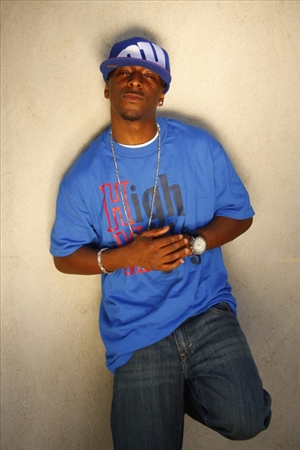 Jonathan Russell, known to the music industry as J Biz, is an eclectic, high energy, “feel good” musical rhyming talent, who has recorded some of the most incredible show stopping songs for the hip hop genre. Born in Bronx, New York and raised ... Read More

Jonathan Russell, known to the music industry as J Biz, is an eclectic, high energy, “feel good” musical rhyming talent, who has recorded some of the most incredible show stopping songs for the hip hop genre. Born in Bronx, New York and raised in Plainfield, New Jersey, his journey began with a love for writing lyrics that paralleled both his and his friends’ experiences in life. He draws his inspiration from energy and a love for people and the hardships to triumphs we all live. Jonathan was once quoted as stating, “im trying to put out music that not only benefits to my self content but also places joy,emotion and inspiration in the hearts of the listeners." He has recorded 3 E.P.s, and his most recent release- Goals Wins And Victories(G.W.A.V.). From his early start of performing throughout the NJ and NY club & lounge scenes, his success has led him to perform at BET’s 106 & Park live show, the Giant Stadium State Fair, multiple RIX Magazine venues, Wall Stadium, Bam Margera’s Skate Park, and has won him play on multiple NY/NJ local radio stations down to Atlanta (Boss Lady Ent. Show). Backed by a growing domestic and international following both through online sites such as Reverbnation, Twitter,facebook,myspace and as his own website WWW.JBIZJERZUP.COM."I feel successful already because I am fulfilling my goals and aspiring everyday. I am gaining fans and touching people with my music. If I had the money that many are paid for this craft it still couldnt replace those genuine things that I have experienced thru my music." Stay tuned as J.Biz continues to inspire minds to believe that anything is possible once you decide to drive your dream. WE ARE DREAMDRIVERS!!!!

Please login or create a free account to become a fan of J.BIZ

Enjoing music and videos from J.BIZ... cool. Drop them a few dollars for support below.