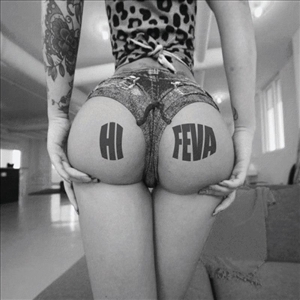 HIFEVA Hustle Is For EVA

Rapper ,Song writer/composer,Performing Entertainer, (HI FEVA) Julian Randolph was born in Queens, New York. He has spent the most recent years of his life residing in various cities in California from, Bay Area, Los Angeles, . His New York and Calif... Read More

M.O.E Is A Group Of 2 Talented Young Artist From Akron, Ohio.These ArtistReally TakesTheir Music Seriously And One Day Hoping To Make It In the Music Industry. Group Consist Of EV and Yeezy If You Want Them On Any Drops, Club Apperances, Interviews E...

Joeii Lee (( Scarr Boy )) Cruz was born October 29. The First Born and only son of Judith and Luis Cruz. He is of Puerto Rican descent and is 6 years senior to his younger sister. He was born in St Vincents hospital in S...

Rapper ,Song writer/composer,Performing Entertainer, (HI FEVA) Julian Randolph was born in Queens, New York. He has spent the most recent years of his life residing in various cities in California from, Bay Area, Los Angeles, . His New York and California influences reflected heavily upon his hit songwriting talents and recording projects. This Makes it difficult to categorize him as only one kind of style. He deffinately falls under the category ofHip Hop/Rap. One can say HiFEVA has the best of both worlds, with a slight southern style slang. He has also ghost written for various mainstream anonymous artists. HIFEVA has recently returned to New York,NY in 2009. His latest project is set for release in mid August 2013.HIFEVA has lived a very interesting, action packed life. In July of 2010 on a beautiful sunny california day HIFEVA was on his way to a performance, as he sat in his 1979 candy painted, lime green Chevy Monte Carlo (Training Day) 5 time car show winner. He put the key in the ignition and turned it..the car blew up! Fire jumped in the front seat and the steering wheel blew of with enough pressure to shatter the rear window, just missing his face.Its a miracle he made it out with only his shoes melted off of his feet. It was later determined by the Bomb investigative Unit that the car was indeed wired with custom explosives. By the grace of God, it wasnt wired properly.As a child HIFEVA grew up in the streets of New York, at first bouncing around from place to place. His mom was a famous clothes designer for street freaks wear in Manhattan. This is where HIFEVA got his creative streak from learning to design his own custom earings at only 6 selling that along with his own personal drawings on the streets of NYC, While attending a famous school in manhatten Greenich village PS41 he became known as a child for his creative works,HIFEVA learned the street life young, taking a train from long island to manhatten at the age of 6,it was later at the age of 10 that his mother decided to move to California to create what she thought to be a more positive environment for him ,it was in California that he learned of poetry and had a poem published in a book called FAULTLINES a reflection after suffering the 1989 earthquake he became famous as a child for this poem. called "the Edge".it was at this point that he truthfully begin expressing himself threw words,Growing up without a father, lacking the guidance of a man later led him to the street life gangs,guns,drugs,fast cars and prison but thats not where it ended for him, HIFEVA turned a bad situation into a good one.it is safe to say that his music is a reflection of his life experiences.when you listen to HIFEVA you are listening to the Truth,The Real Deal, HIFEVA has a story to tell and hes telling it threw his music, H.I.F.E.V.A Hustle Is For EVA is the movement and it is taking streets worldwide by storm,

Support HIFEVA Hustle Is For EVA

Enjoing music and videos from HIFEVA Hustle Is For EVA... cool. Drop them a few dollars for support below.