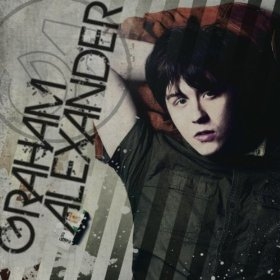 With a style incredibly eclectic and signature, Graham Alexanders life has been dedicated to performing, composing and producing music from an early age. Grahams upbringing brought in an incredibly diverse palette of pop artists from Glenn Miller, ... Read More

Mixing rock, pop, funk, and soul, Canadian-born Zack Borer, often recognized by his big hair, has been creating quite the buzz in New York City over the past year. Compared to Kings of Leon, Dave Matthews Band, and Red Hot Chili Peppers, the 27 yea...

joerock: guitarist/vocalist/song writer....... well i grew up around the 80s glam rock came out those artist back then playd a part in my music style then around the 90s those hard rock bands playd a big part in me as a song writer.... my mus...

With a style incredibly eclectic and signature, Graham Alexanders life has been dedicated to performing, composing and producing music from an early age. Grahams upbringing brought in an incredibly diverse palette of pop artists from Glenn Miller, Frank Sinatra and American folk music of the early 20th century, to Bob Dylan, The Beatles, Michael Jackson, and 2Pac. Born in a severely depressed post-industrial Camden, N.J., Grahams first guitar was picked from the garbage on account of not being able to afford one on his own. From that point, he and music of every kind became inseparable.Having grown up with the birth and progression of the internet (and the vast media availability it granted the world), Graham never saw music as something that needed to be genre-based. As a songwriter, he preferred the freedom of writing what struck his mind as interesting at the moment rather than adhering to a trend. This fearless and rebellious attitude towards genre bending pushed him to produce and self release his first album in 2011 to rave reviews (quickly becoming a cult classic). Critics and fans alike lauded the album for its neo-retro sensibility coupling irresistibly catchy songs with organic and incredibly detailed production. Spotifys top 100 songs chosen by fans playlist even included the first single from the album "Biggest Fan" at #6 in its 2011 list. Shortly after, Graham Alexander with his band toured in support of the album, building the brand one set of ears at a time.Graham formed his band of nearly 15 years while he was still in middle school--a rare feat in this day and age. Their commitment to touring and their history at such a young age makes Graham Alexander & Co. an incredibly special phenomenon in the live music world today. Additionally, they pride themselves on performing without the assistance of sequences or backing tracks that are all too common in live acts today. In addition to his career as a solo artist, Grahams passion for performance was nurtured by his work on Broadway as an actor, musician, and musical director in various productions at the Neil Simon, Brooks Atkinson, and St. James theaters in New York City.In 2013, Graham reorganized and reincorporated Radio Corporation of America returning it to Camden, NJ. In 2014, Graham merged his production and administration facilities while developing products for the company’s Victor Talking Machine Co., Victrola, His Master’s Voice, and Little Nipper brands. The recording division will issue Graham’s highly anticipated forthcoming sophomore release, REPEAT DECEIVER, December 19, 2014 on the revived Victor Talking Machine Company label.

Enjoing music and videos from GrahamAlexander... cool. Drop them a few dollars for support below.