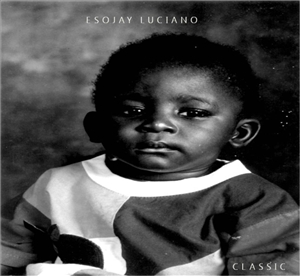 Markivus Nious, better known by his stage name Furyus, is an American rapper from San Antonio, Texas. As a child, both his parents served in the military, which required his family to move to a different base every three years giving Markivus ...

Olusoji Alabi Andrew, popularly known as ESOJAY LUCIANO is a music artiste of Nigerian origin, a rapper and also a song writer with great passion for music. He has a superb unique style that stands him out amongst his peers. He is also a graduate of computer science from Covenant University.

He is currently signed to an entertainment outfit named R.U.C. IMPERIAL™, which he co-owns. He has been able to work with various artistes like YQ, L.O.S, FUNBI, EmmyB, Ozone, BayoBeatz and loads more. He’s been able to make an appearance on Dj Jimmy Jatts JUMP OFF. He recently released a project titled ESOJAY LUCIANO’S “CHAMPAGNE FREESTYLE SESSIONS”, a compliation of tastefully done songs.

He is currently working on His official single off his Next project. He also has a Video for a song named GBABE which is out. Shot by ace video director Akin Alabi, with Cameo appearance by OlamideYBNL, and a TINSEL Cast, shot with well scripted scenes in beautiful locations. It is currently gaining air play on various media platforms.

Esojay Luciano is an energetic performing artiste who never fails to thrill the audience at any show he performs, leaving them begging for more, he has been able to exhibit this in various shows like the Yoruba Tennis Club for Naira Bet Show2013, North American University for Epic Party 2013, Unveiled Show December2012, maiden edition of Fashion versus Music2012, Vivendi Fashion Show2011, L.O.S.(Loud On Sounds)Show2011, Felabration2011, Fayruz show at the NYSC Lagos Camp, to name a few. He has been nominated for awards like The Top Naija Music Awards 2012 for MOST PROMISING ARTISTE& FOR BEST MUSIC VIDEO.

Esojay Luciano imbibes qualities of humility, diligence, determination, integrity, and an infectious aura of greatness, which is portrayed in everything he does. He promises to constantly give his fans and supporters the best of good music, projects etc. **Expect greatness. He could be reached on various social networks like Twitter: @esojayluciano, www.facebook.com/esojayLuciano. www.reverbnation.com/esojayLuciano. : And also through management contacts below

Enjoing music and videos from Esojay Luciano... cool. Drop them a few dollars for support below.