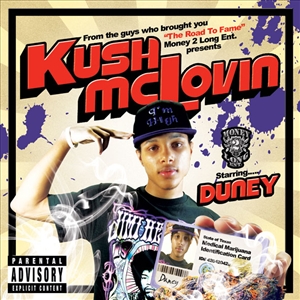 19 yr old Baton Rouge, Louisiana born & Dallas, Texas raised Money 2 Long Ent recording artist Duney has been building a buzz with his catchy club bangers, flows, and unique style in the southern region. After reaching some success in '09 with a grou... Read More

I'm a Fusion Hip Hop artist from Detroit, MI. Instead of my music just staying within Hip Hop, I fuse all genres into one and experiment. I compose my own music, I songwrite, I rap, and I engineer myself. I started rapping at age 13 with my cousin Ju...

40,000+ Mp3 DLs / 8 Major HipHop Magazines / Top 20 Single / Featured on Major Mixtapes in & Out of Country / Writter, Producer, Artist (Triple Threat). I also am a Graphic Designer and a Videographer.

19 yr old Baton Rouge, Louisiana born & Dallas, Texas raised Money 2 Long Ent recording artist Duney has been building a buzz with his catchy club bangers, flows, and unique style in the southern region. After reaching some success in '09 with a group, he decided it would be better to go the solo route. His new single "CREAM" is making a lot of noise and after winning on KiKi J's Street Swagg Sunday 4 weeks in a row, it is currently on rotation on K104fm which is one of the biggest radio stations in Dallas, not to mention being played in other states/cities like Oklahoma, Arkanasas, Shreveport, Atlanta and many others . "When I made the song CREAM, i wasn't expecting it to catch on like it has been doing. I just thought it would be creative to make a down south version to Wu-Tang's C.R.E.A.M ." This is only one aspect of this artist's creativity meaning, not only can Duney win the crowd over in club atmospheres, he can also win them over in a hip hop venue like the House Of Blues.. "A lot of people know me for making the songs to get the club rocking, but i do have a full slate of songs with meaning and purpose, which I think will take me over the top." With his new Kush McLovin mixtape set to drop 11.11.11, its only a bright future ahead for this kid.

Enjoing music and videos from Duney... cool. Drop them a few dollars for support below.