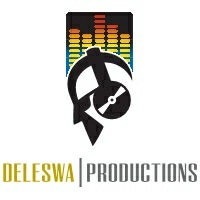 The Music:Welcome to the Crossroad of Hip Hop, Electronic, RnB, Jazz, Pop and Soul. Deleswa comes to you with his signature sound that ranges from Melodic to Orchestral, Abstract to Ethnic and is Multi-Genre driven bringin\\ you a sound like no other... Read More

The Music:Welcome to the Crossroad of Hip Hop, Electronic, RnB, Jazz, Pop and Soul. Deleswa comes to you with his signature sound that ranges from Melodic to Orchestral, Abstract to Ethnic and is Multi-Genre driven bringin\\ you a sound like no other.The Man Behind the Music:Deleswa was born in Sacramento, California in 1967. He lived in various cites during his childhood, but eventually settled in Columbus, Ohio back in 1979. After graduation from Bishop Ready High School, he joined the United States Air Force and faithfully served his country for over 24 yrs before retiring in 2010.The Dream:Deleswa has always loved and appreciated music of all types and how it has evolved over the years, but it was many years ago when his love for music began. He said "I can remember around the age of eight years old listening to the classic artists of yesterday of which there are too many to name. I\\d always listen beyond the lyrics of a song, going deeper separating the individual tracks in my mind in attempt to identify every intricate detail of the song. I can also remember during this same time of my life when my cousins and I would mess with my grand dad\\s reel to reel goofing around trying to imitate songs we knew". Deleswa doesn\\t believe he inherited his mother\\s incredible voice but said that they always had fun. More importantly, It was during this time of his life when he professed one day people would hear his music play on the radio. That was his childhood dream but little did he know that in later years this dream would become a reality.Influence and Style:Deleswa has been to various parts of the world to include, Korea, Philippines, Europe and the Middle East. This gave him the opportunity to experience different cultures while enjoying a diversity of music that had a significant influence on how his style of music production evolved. If you were to ask Deleswa today what his sound was like back when he first began producing music, he\\d probably say his sound was mostly experimental combining different genres of sound. This is spot on as most listeners will immediately identify with the diverse mash up of genres, hard-hitting drums and the abstract melody arrangements that all come together for a sound like no other. But what we really believe sets Deleswa\\s music apart from many other Hip Hop artist is that he doesn\\t base his songs off of samples and songs from the past. However, he said, "the DJ in me definitely digs the sick remixes that artists come up with using classic timeless hits". Another way that he keeps his productions original is by just going to the lab whenever he feels the slightest inspiration to produce music without any idea of what the end will be. That\\s usually when the magic happens.Past Experience:As far as experience, Deleswa played the bass guitar for five churches since 1992 back when he rededicated his life to his Lord and Savior Jesus Christ. He said, "I believe it\\s worth mentioning that this was a great leap of faith as I had no formal lessons on playing the bass guitar. After joining my church in Korea in 1992, we had lost our bass player and were in need of someone to fill that critical position. No one else stepped forward so I decided to try. Less than a year later In Jan of 1993, I played in my first gospel concert with James Bignon at Osan AB, Korea and participated in other musical gospel workshops and concerts in the following years". Deleswa shared that all it took was a little faith and God gave the increase.Instrumental Skills:In addition to the bass guitar mentioned above, Deleswa is also self taught on the keyboard and piano. He mentioned that the only formal training he had was on playing the flute at a much younger age, but that he hasn\\t played since then.Stage Name:Deleswa spent some time coming up with a stage name that wouldn\\t easily be forgotten. Back in the 80\\s when he was a DJ, many knew him as Scratch Master "D", but was eventually referred to by his friends and fans as "Scratch" or "D". As the years past, he became interested and switched to music production. It was at this time that he decided to come up with something new and original to brand him out from the rest. After some thought, he settled with the stage name "Deleswa" which is derived directly from his real name, Darrin L. Swafford.Musical releases:Fast forward to 2004 when Deleswa had the opportunity to be interviewed by the local news on his debut release of his first Inspirational CD titled "From the Valleys to the Hills", while stationed in Altus, Oklahoma. Deleswa said, "Shortly after my local in-store release, I was blessed to hear my song on the radio making my childhood dream a reality". Several years later in Sept of 2010 while in Columbus, Ohio, he released his second CD as a digital MP3 album titled "Rise" that more accurately captured his unique sound that fuses Hip Hop, Electronic, R&B, Jazz, Pop and Soul. Later in 2012, he released his latest MP3 album titled "Black Noise" which continued in the vein of diversity showcasing Deleswa\\s unique signiture sound.The Aftermath:Deleswa\s strong bond with music at a young age and his past experience has brought him to where he is today and has inspired him to continue doing what he does. Deleswa said, "I give Jesus all the praise for the talent he has blessed me with to hear, imagine and create and hope that those who choose to listen are both inspired and encouraged. Finally, I just want to say thanks to all my fans for their continued support. Know that I truly appreciate you all. That is about it so take care and God Bless!"

Enjoing music and videos from Deleswa... cool. Drop them a few dollars for support below.