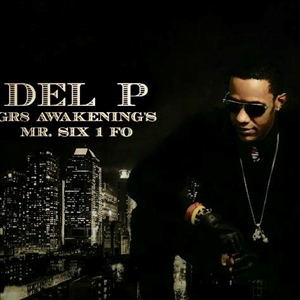 The N9TOWLS is the seed of One Being, whose Musical path began with Santana spanned in Chopin , developed in Beck, Reggaed to Bob Marley fused with Prodigy Danced to Maroon 5 listened to Cold Play and danced to Armin Van Buuren and now is The NTD Neo...

Supreme purpose was met once Del Perry recovered from a life threatening gunshot wound to his back right flank on December 15, 2007. At that time specialist and surgeons believed, “Had Mr. Perry arrived 60 seconds later, he would have died for certain, due to severe internal bleeding.” Battling through prison and facing a near death experience in such a short period of time, Del P was more than determined to establish his own business and develop an unmatched brand as an artist.

“Ive had this company for a while and didn’t really get serious until I had my near death experience. It has helped to put things in order for me. Now I feel like I’m playing catch up because of the life I was previously leading “, quoted by Del Perry himself.

Such life altering occurrences have led to the launch of Six 1 Fo Records & Publishing LLC, moreover, with the addition of Six 1 Fo Records Recording Studio .The progression has been elite and very much expected. Furthermore, Del P is a distinguished recording artist; unmatched, with his unique style. His range of competencies is respected as well as his ability to integrate multi-generations along with various genres of music in hopes of creating a universal fan base united under one love; specifically, the love of music. In turn, the socio-economic standing does not have any bearing as a result of Six 1 Fo Records undeniable presence in the city of Columbus, the state of Ohio, and in the United States of America. Six 1 Fo Records has, and continues to etch out their own niche in the music industry; a representation of the newest, greatest, truest, timeless music to engage the Music scene.

Del P has performed @ countless local venues, campuses, and universities in Ohio.However, a growing national and international following has recently developed, giving him opportunities to perform elsewhere. Del P has been Featured on Dr. Bob Fitrakis FIGHT BACK Talk show on 1580 WVKO AM Station and Dr. Bob Community Corner on 102.1 FM and WCRS 98.3 FM. Columbus OHIO We R Ready!!! Six 1 Fo Records has also contributed in the making of political advertisements for Bob Fitrakis running for Congress here in Columbus, Ohio. Del P will make it happen from more than rapping.

The future appears to be even brighter for recording artist Del P and his exemplary independent record label, Six 1 Fo Records & Publishing LLC. The public should buy his upcoming album, Gr8 Awakenings – dropping in May 2013. Del P is also expected to be performing live very soon in Clubs and Venues in downtown Columbus. Furthermore, he anticipates scheduling an exclusive album release party and other major events showcasing several artists affiliated with the record label and who have collaborated with him in the past and present.

Del Perry’s vision should not be overlooked. His capabilities are limitless in regards to music and business, even amongst a hypercompetitive and extremely lucrative industry. The goal of continuing to captivate audiences and record/produce timeless music is what is anticipated and highly attainable. The journey is happening right in front of our eyes, and since the music industry is ever changing, it’s only relative to await a new change; a spark that is indescribable. He has also earned an Associate Degree in Small Business Management and a Bachelor’s Degree in Management for Business at Franklin University, Columbus, Ohio plus an Entrepreneur Certificate from Columbus State Community College.

*If looking for help or to form a partnership for Music Promotion/Marketing & Advertising and Distribution:

Enjoing music and videos from Del_p... cool. Drop them a few dollars for support below.