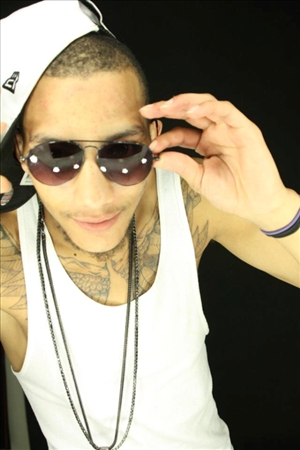 THE PASTFlyz born August 6, 1991 started rapping at the age of 16 and was more of a back ground type of personality. He was heavy into promotion until 2009 when he dropped his very first single "Gotta Grind" with South Side Raw which gave him a break... Read More

Independent Rising Rapper “Mula Migz” from Brooklyn, New York City is paving a way for the new generation of “Musician Entrepreneurs”! After gaining over a million of plays in just a few months on audiomack, he creates a new marketing team during the...

THE PASTFlyz born August 6, 1991 started rapping at the age of 16 and was more of a back ground type of personality. He was heavy into promotion until 2009 when he dropped his very first single "Gotta Grind" with South Side Raw which gave him a breakthrough in the underground world and made him the center of attention. Promoting himself he dropped his first mixtape "First In Flight" which didnt produce the numbers he had hoped for but he steadily moved forward not being discouraged. A short time after his 18th birthday, he was picked up by Topp Dogg Hill and dropped his second single “From Da South.” Inspired by people asking him where he got his different “swagga”, as he calls it, from and spending a couple years in North Carolina. According to him and he made his opinion very clear, “It’s not where you’re from, it’s where you’re at.”

The PresentFlyz has recently released his street tape T.K.O ,which has been voted as one of the hottest street tapes of the summer, in one of his interviews when asked how he felt about the tape he replied "It’s only the beginning of a return" being as though he hasnt drop a song in almost 3 years. As far as him being “Under-Rated,” he loves it, "My whole life has been nothing but put downs and doubts. You have those who love me, those that hate me and ultimately want to see me fail, and the people that want to see me make it" as he continued "Just never under estimate the underdog we will always rise" Inspired by mainstream artist such as Yo Gotti and Young Jeezy, motivated by people doubting him, Flyz is constantly on his grind, whether its recording in the studio, social networking, writing, or working diligently. He does whatever he has to do so he can be known as one of the greatest thats ever done it and so he can provide a better life for his family. It’s safe to say he is definitely a threat.

The FutureFlyz recently joined forces with Blue Spade and THEY plan on doing big things, notice the word THEY. He is eager to get to work within his new camp and THEY are ready to shut the scene down. When he was asked about it, his response “There is no ‘I’ in team but every label that I have ever been signed to I had to hold it down on my own. This time will be different, this time will be better. If BlueSpade was a NBA team, neither The Clippers nor the Heat would ever make the headlines on ESPN. Call me cocky, but I’m just that confident in my team.”

Enjoing music and videos from DcFlyz... cool. Drop them a few dollars for support below.