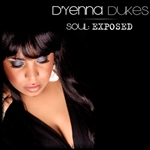 Once the best kept secret of the Midwest, Deannah Dukes is quickly being revealed. A God -given songbird, Deannah is not a stranger to the stage and her voice is a hypnotizing, melodic weapon. She started thrilling audiences throughout her hometown, ... Read More

SoFree. So Real. So Fine. So Right! Ms. SoFree, raised in the SouthEast, has been singing since she could utter sounds. From the tender age of 9, SoFree has been creatively challenging herself with writing and arranging her ...

I am a student at community college of Philadelphia studying sound recording & music technology. If you are a artist looking for music production please hit my website for contact info.

Katie Owen is a new singer/songwriter/recording artist on the UK music scene. According to Karma Review Magazine : Katie Owen is the UK's Christina Aguilera posted Saturday, November 6, 2010 at 5:05pm The combination of a golden, sultry, smooth an...

Once the best kept secret of the Midwest, Deannah Dukes is quickly being revealed. A God -given songbird, Deannah is not a stranger to the stage and her voice is a hypnotizing, melodic weapon. She started thrilling audiences throughout her hometown, Cincinnati. Her unique voice has earned her place as one of the noted entertainers around town and quickly gaining international recognition. In 2009, she was voted by Cincinnati as the Best Performing Artist of Black Cincinnati. Following in the footsteps of the incredible soulful vocalist,Shirley Murdock, DeAnnah not only sang background for this great artist, but she was also the former female singer for the legendary funk band, Zapp. Who was under the leadership of the late and talented Roger Troutman. This award winning, chart topping group has cranked out hits such as, "Computer Love", "Dance Floor", "More Bounce to the Ounce" and "I Wanna Be Your Man" to name a few. Although primarily a vocalist, Deannah Duke’s talents are not limited to vocal music and theatre. Broadening her horizons, she has expanded her areas of expertise to plus size modeling, songwriting and music production. Deannah is dedicated to contributing her time, talent and creativity to the entertainment industry.

Enjoing music and videos from DYENNA DUKES... cool. Drop them a few dollars for support below.