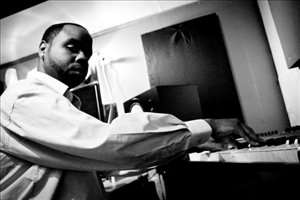 A “Phenomenal Artist” as described by people who know him. D. Millz the producer, the singer, the composer and musician is all of this and much more. “D. Millz” has been performing since the tender young age of 4. Among the tasks that this child acce... Read More

A “Phenomenal Artist” as described by people who know him. D. Millz the producer, the singer, the composer and musician is all of this and much more. “D. Millz” has been performing since the tender young age of 4. Among the tasks that this child accepted at this age were piano and a rigorous orientation into theory. With the ability to comprehend and identify notes and voice at this age was significant in the blossoming of his talents that are on display today. In addition to writing and producing his own music, he has produced for other artists such as: Really Doe of G.O.O.D. Music, Lil G of SILKK, Syleena Johnson, Sarah Green, Keezo Kane, Fred Dubose, The Rule Brothers, Harrison Crump, Ray Steele and more. “D. Millz” has performed with such great artist as; the Bobby Jones, Bishop Larry D. Trotter & Sweet Holy Spirit Choir, The Gospel Music Workshop of America (GMWA), The Word Network, Showtime at The Apollo, with saxophonist "Rajah" in the opening act for the legendary “Roy Ayers” and with The Du Sable Museum talent competition hosted by Bionce Foxx Radio Personality of station WGCI. As a Humanitarian:This gifted musician also had the pleasure of participating in the Chicago Hope for Haiti Relief Concert, "WINDY CITY LIVE" and well known contributor to youth organizations and anti-violence campaigns across the state of Illinois. As a part of his civic duties, “D. Millz” has also produced complementary music tracks for Skaters and Dancers around the world! It his quest in life to give back as he has participated in radio interviews such as the Reverse Interview, The KIKI MILLER REPORT and The Verb with L. Marrie & Written and the World Vibe Radio Network that included live shows from R&B, Jazz, Gospel and percussion clinics.Awards:“D. Millz” was a 2010 Chicago Hood Award Nominee for BEST MALE R&B SINGER and a 2011 Adrenalin Award Nominee for his song entitled "DEEPER" that was one of the finalists as “song of the year” Accompaniments: As an accomplished musician, “D. Millz” has has accompanied some of the most profound artists such as: Vickie Winans, Dorinda Clark-Cole, Lemme Battles, Bishop Larry D. Trotter & the Sweet Holy Spirit Choir, Albertina Walker “The Queen of Gospel”, Dontavies Boatwright, Ricky Dillard, Phil Tarver, Marvin Sapp, Michael Weatherspoon, Mark Hubbard, St. Mark Choir and so many more. Currently: this phenomenal producer has completed his latest project entitled “Holla Back”. His works includes such hits as I\m done, Tell me more, and So glad we met. His album entitled "Two Sides: One Story" can be purchased now in stores worldwide. “D. Millz” is definitely someone that you should know and someone that you will be glad that you met after listening to this phenomenal masterpiece of beautiful music.

Enjoing music and videos from D Millz... cool. Drop them a few dollars for support below.