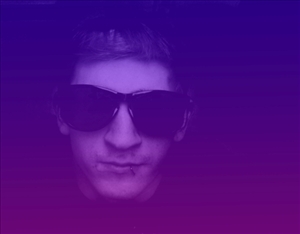 Born Andrew Parker on May 12, 1989 in Omaha, NE. Andrew began to skateboard at the age of 8, and won various competitions in the Omaha metro area. At the age of 16 Andrew suffered an injury which made him incapable of skateboarding for a l... Read More

Things are starting to heat up for me, now I just have to set-up and come through on my end. My first priority was to get my music out there to be heard. That step its done now the next step is to create and produce song worthy of being called a hit.

Born Andrew Parker on May 12, 1989 in Omaha, NE. Andrew began to skateboard at the age of 8, and won various competitions in the Omaha metro area. At the age of 16 Andrew suffered an injury which made him incapable of skateboarding for a long period of time. He than turned to film making, writing and directing many short films and skits under the Youtube name "Try2findareason". He has starred in such films as "The Hit" and "Bush Pigs" as well as starring in an episode of the high anticipated Indi-web series "The Dead Hour". Also writing and directing his own films such as "Musical Chairs", "Turbulance of Summer" and "Thicker Than Blood"

After a bad break up Andrew turned to music. Already being a huge fan of video games he turned his gamer-tag into his stage name Ca13oose, but later changed to Caboose. Getting his musical influence from Wrekonize, Creed, Angels & Airwaves, 2pac, and Tech N9ne, he began to take music more seriously.

"I was just messing around at first to kill time. I was creating beats and rapping about video games most the time. So I kept Caboose as my name. After people started hearing me and telling me I was good I started to take it more seriously. So I began to tell my life story and share my thoughts and words about life and my dreams." -Caboose

Caboose has released 4 mix-tapes for free download on DatPiff.com

The NewGrounds, No Cheat Codes Needed, Up Up & Away and Beyond The Illusions

"The NewGrounds was mostly where I started out when I started to record. It goes from like a darker state to happier as I went along. No Cheat Codes Needed was just however the beats made me feel and what I wanted to say. Up Up & Away is a party album. I was fucked up for about 2 months straight, and Im not even joking, it was every night I was hammered me and my friends getting f*cked up. Beyond The Illusions is kinda what happened after I stopped partying and going crazy. I still party and go nuts but Ive live in my head and that seems to be my personal downfall and Beyond The Illusions really is just my heart and soul poured onto a mix-tape" -Caboose

Enjoing music and videos from Caboose402... cool. Drop them a few dollars for support below.