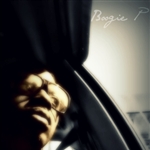 I go by the name of Boogie P and I'm a young artist on the rise from the city of Detroit. Well I am a Detroit native, and truth is I haven't been in Detroit for the past 3 years due to my military duties.Though, I would like to tell you a little abou... Read More

my name is O.D. and i am a music producer and hip hop artist from Nashville,TNfor FTW INC. AND CASHVILLESOUNDS PRODUCTIONS, my prices are 30 for a lease and 100 for all rights also check out my soundclick page for more beats http://members.soundclick...

Demonized mentality, Angelical heart & in control of ones Soul§§ReoGalor#RedbullTrippin ~Wit~ #KIDZ~OnA~#Galorious#JourneyToExcalibur~With#AyEvolIReoGalor (Rio-Galore) Through the beat of his heart, which transcends into lyrical harmony and rhythm in...

I go by the name of Boogie P and I'm a young artist on the rise from the city of Detroit. Well I am a Detroit native, and truth is I haven't been in Detroit for the past 3 years due to my military duties.Though, I would like to tell you a little about myself.

I was born Lemylo Pratt on August 10, 1989 in Detroit, MI. In my earlier childhood, I was exposed to music of all types and genres, as a result my lyrics are very multifaceted. As a child I was always active, my grandmother explained to me that I would stand myself up in front of the t.v and dance to videos of all kinds, giving me the name Boogie. Growing up, my favorite artists were Talib Kweli, Mos Def, Common, Tupac, and Biggie. These were my biggest influences as far as music goes. I start off writing music, I actually started writing poetry at the age of 9. I didnt get into music until the age of 16 when a friends of mine read one of my poems and suggested I put it to a beat. So I did and needless to say it was horrible but it just felt natural to be in front of a mic telling a story that I created. As I began doing more and more music I began to develop a persona inside my head and picked up the name "Boogieman Da Prophecy" and formed a group with some of my family members. As I began doing solo music, I started to develop myself a little more and shortened up my stage name to Boogie P because I feel like I have reached a point in my development to where I want to be. Even though I am constantly developing my style, I fell that I am at a comfortable point. Today some of my biggest influences are Lupe Fiasco, Kanye West, Drake, T.I., and Trey Songz. I have been compared to Drake, Lupe, And Kanye a lot by my peers that listen to my music.

So Take a listen and tell me what you think. All criticism is accepted... Good or bad...