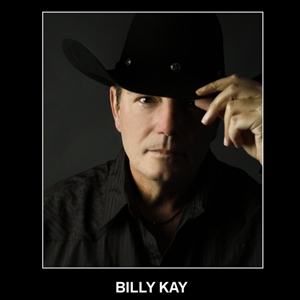 Billy Kay is am American Country singer, songwriter and musician. Billy is a homeless Veteran, currently living in a shelter in Lexington, South Carolina. He travels America writing, recording and performing on his now-famous "Abject Poverty Tour".He... Read More

Yrral Mallik Backward Songwriter.I do 97% of my writing in Da Writers Room at Songramp.Sing in a group called The Fishermen.Gospel Bluegrass.Karaoke DJ

Well I was born in Londonderry in Northern Ireland way back when horses still drew coal on carts lol, actually it was 1953,I was your typical wild red haired ragamuffin getting into as much trouble as I could. I got interested in music around the age...

Billy Kay is am American Country singer, songwriter and musician. Billy is a homeless Veteran, currently living in a shelter in Lexington, South Carolina. He travels America writing, recording and performing on his now-famous "Abject Poverty Tour".He donates a share of all royalties and merchandise sales to various charities. He gets to work with top-tier musicians who often donate their skills to the cause - or work for the price of a cheeseburger! For example, his breakout hit "Ready... Set... Gone!"... 100% of the proceeds go to The Shade Tree (a battered womens shelter) for posterity.Billy also organized 2011s "Country for a Cause" CD, which featured some of the most talented - and award winning - indie musicians on the indie country music scene.Billy started playing the accordion at age 5. Knowing it would be impossible to "pick up women" with an accordion, he convinced his mom to let him switch to guitar at 7. And his guitar has been his constant companion for 4 decades.He went public with his songs three years ago, and hes since been played all over the world. He was the most downloaded person in Las Vegas. People make videos of themselves dancing to his songs from Asia to Denmark!Billy writes from the heart. "I write what I see" says Billy. "I lack the ability to make stuff up. So if I see hurt or joy in someone, I extrapolate how they got to that point."His latest release, "When You Hold Me Tight", was recorded in Las Vegas, Chicago, and Florida. "All my favorite performers" play on it" states Billy. It was a labor of love - and a blast to record!Next up is "Southern Girl" being finished in Columbia.As long as people keep listening, Ill keep writing. And I get to tell people about those less fortunate then themselves in the process. Of all the directions my life could have taken, I consider myself blessed to be where I am.All My Best,Billy Kay

Enjoing music and videos from Billy Kay... cool. Drop them a few dollars for support below.