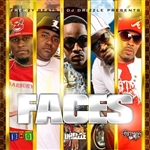 my name is O.D. and i am a music producer and hip hop artist from Nashville,TNfor FTW INC. AND CASHVILLESOUNDS PRODUCTIONS, my prices are 30 for a lease and 100 for all rights also check out my soundclick page for more beats http://members.soundclick...