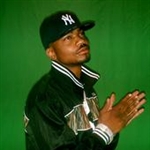 I'm an artist from Detroit I Been a writer for 10 years and a producer for 2 years. Currently I'm a hour away from Georgia on the outskirts of Alabama. I'm raising my kids and trying to get my music career jump started. ...

BEN YATTI Birth Name: Jerod Wallace Brown Birthdate: November 09, 1987 Birthplace: Boston, Mass President of HUSH Entertainment......... Jerod Brown, A legend yet to be known, representing the streets and falling soldiers of Boston, Mass. Brown has now relocated to Rock Hill, SC, a little town where people can’t wait to see what fuels his abilities to create powerful, versatile style of music. Growing up wasn’t easy for Brown, from being adopted from his family at the age of two to fighting and having to cope with neglection, abuse, and the truth about himself. Brown went on a rebellious journey to search for his true family, when the summer of 2003 he received a phone call from his long-unheard from mother Elizabeth Brown. Though he got to spend a year with her before her homecoming in 03 he still managed to rekindle with his folks and found out he was made to be an entertainer. So with the support from his uncle (bad boy King of R&B) Bobby Brown, he had the chance to go get it himself as well as hit any jump- off events his uncle attended. Jerod traveled studio to studio to record albums in locations of ATL, LA, Boston, Connecticut, Ohio, New Jersey, North Carolina, and Rock Hill, South Carolina. He also started getting exposed by doing shows in Georgia, Boston, LA, Ohio & touring with his uncle throughout many states, appeared on the Ron Alexander Show twice, and appeared on The Jamie Strong Show located in Charlotte,NC. Jerod says and quotes”I do it for my siblings, but live through the angel eyes of my mother.... I’m going to make it mummy!” Browns gutter ways, soulful words, vivid imaginations, raspy vocals, and producing can only put Ben Yatti as Hip-hop’s next President! Myspace.com/benyatti http://www.youtube.com/watch?v=3TTbKMAy4yE

Enjoing music and videos from Ben Yatti... cool. Drop them a few dollars for support below.