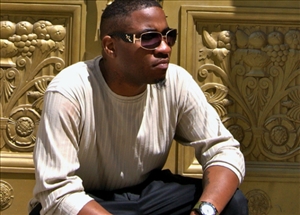 Anthony Grant aka Blow_flyy a song writer and self financed independent artist from Halifax/DartmouthNova Scotia Canada is a young artist that likes to work towards perfection,he is musically talented in writing and performing his songs.The influ... Read More

Anthony Grant aka Blow_flyy a song writer and self financed independent artist from Halifax/DartmouthNova Scotia Canada is a young artist that likes to work towards perfection,he is musically talented in writing and performing his songs.The influence that some of his family members had on his life and writing songs isunmistakable His style and flow was established while being an underground artist. He grew up writing poetry of inspiration, love and happiness.Blow_flyy likes to call his musichiphop/pop because of the pop mix he likes to have in his sound.Blow_flyy is totally driven by music he has been on the Canadian underground hiphop seen for quite some time,while being on the underground hiphop seen he took the time studying how the music industry has changed and open doors through the Web for independent self financed artist like himself.He used it to grow & perfect his craft while discovering new things he enjoys writing about, along with finding his niche and the right genre suited for his new sound, so he could move forwards in hiphop/pop music. Now Blow_flyys music with out bad language & profanity is like a breath of fresh air, his hiphop/pop sound isrelevant& universal with a basic appeal to music listeners world wide.He gives his fans and music listeners world wide a basic touch of what sounds are hot & relevant,he continuously strives to be with the other leading trendsetters of hiphop styles and sounds. In addition to keeping relevant & entertaining, he keeps music listeners listening & entertained with story telling & good lyrics. Each song Blow_flyy records for music listeners & hiphop/pop fans he thrives to make relevant & entertaining. As well as a good story,good lyrics, and relevant beats.His music has been released and circulated to many different avenues on the web; online radio stations based in the US, UK,and Canada, On demand online radio stations. Also he;s doneinterviewswith various online magazines & publications.He also has videos onYouTubeand various other online web sites. Blow_flyy is on the rise, the cusp, as an Emerging HIPHOP/POP ARTIST.To find out more about BLOW_FLYY just Google:>> BLOW_FLYY Canadian hiphop/popNOTE: BLOW_FLYY is managed by GARY JOHNSON Jr.:Booking info at (gj40@hotmail.ca)