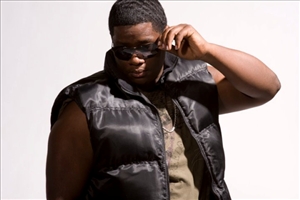 Blessed on this earth on October 17, 1989 in Austin Texas, he seemed born for music. Ay-Rock is a talented writer, rapper, producer, and engineer, and hasn’t even reached his peak. He was introduced to music at a young age and began developing his... Read More

Blessed on this earth on October 17, 1989 in Austin Texas, he seemed born for music. Ay-Rock is a talented writer, rapper, producer, and engineer, and hasn’t even reached his peak. He was introduced to music at a young age and began developing his own style. At the age of 9 he began writing poetry as a form of expressing his passion and sharing his thoughts with the world. These poems quickly transformed to the creation of lyrics. He felt that writing let him get out all his emotions and deal with the obstacles he had to face. A few years later Ay-Rock was introduced to a program that allowed him to create and produce his own music. He spent years working on his craft to become the great producer he is today, creating more that 200 beats in genres that range from rap, r&b, pop, and rock. Everyone who hears his work always has the same remark; “this is greatness”. Ay-Rock has recently taken on the challenge to use any form of sound to create a beats with. When he was 15 he created his own studio in his bedroom and was able to run his room as a recording studio for people to rent out for a price. During this time he created a series of mix tapes. His latest project “Rock-A-Way” is the first mix tape that he put down the pin and the pad and began recording straight from his mind. With all these projects, began Ay-Rock Production Once Ay-Rock hooked up with MoeBeatz, they began working on the master plan to take over the “Game” and are a force to be reckoned with. Hood Rizin’ Records and Ay-Rock Production together make great music and will be ready for the world to take part in the new movement

Enjoing music and videos from AyRockMusic... cool. Drop them a few dollars for support below.