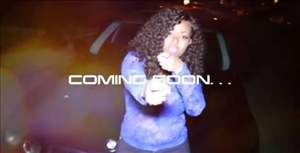 Autumn Tillman (born December 13, 1989) is an American singer-songwriter,she is best known for her 2010 debut single, "Danger Of Misery"Autumn Tillman raised in San Francisco, California. Before reaching her goal as a Recording Artist, life wasnt as ... Read More

M(r)s. Sabrina been doing this for a while now, and has been successful to this point. As a native of Cincinnati, I promote healing of our land and broken-heartedness through soul music. I' ve done a lot in between Bobby Jones Gospel and American...

EDIDION is an artist with an abundance of talent who possesses an unmatched drive to become the best entertainer he can be. Edidion began his musical career in 2010 and has been on an upward rise ever since. Music critics say Edidion is the ‘next bi...

Autumn Tillman (born December 13, 1989) is an American singer-songwriter,she is best known for her 2010 debut single, "Danger Of Misery"Autumn Tillman raised in San Francisco, California. Before reaching her goal as a Recording Artist, life wasnt as easy for Autumn and her family. Keeping things like a roof over their head and keeping food on the table became daily struggles.In 2006 she wrote her first single "Danger Of Misery" hopeing that it would rise to the chart on the US Billboard Hot 100, but instead it didnt even fall into a producers hands.In 2008 Autumn begun to work on her full album along with starting her own Record Label "Soul Grind Entertainment."Autumn best describes her Label as "New and Improved" giving talented unsigned artist a chance to come and show who they really are. She explains in an Interview "It\s extremely hard to get signed and get noticed, I hope Soul Grind makes a difference in someone who deserves a chance, but there is so much more to be released out of me."

Enjoing music and videos from AutumnTillman... cool. Drop them a few dollars for support below.