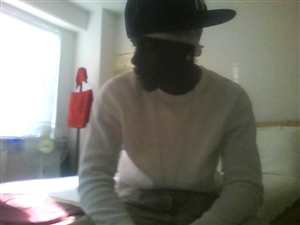 Living in South Jamaica Queens Born 1989 Phillip Stephens lived withhis motherduring his early days.Akid couldn't ask for much besides a mother's caring more then anything in the world. He enjoyed doing unthinkable stunts at his age not having the l... Read More

hey wus good witcha (sexy ladies and cool ass gentelemen) thanks for stopin in on my page!please take a moment to add me as your friend!if you need any help just ask me and i will do what i can to help ya out.i do this music cuz i love it and work wi...

Living in South Jamaica Queens Born 1989 Phillip Stephens lived withhis motherduring his early days.Akid couldn't ask for much besides a mother's caring more then anything in the world. He enjoyed doing unthinkable stunts at his age not having the logic that pain was always fear. Phillip loved being around his cousins, aunts and grandmother living under one roof. The enviorment being around family and the neighborhood kids was the most enjoyable thing he admired. His father was a good man at first being there for his son was important to him like it was for phillip until it reached it's limits.

As the years went by phillip's father left him during the teenage year under his mothers support. Everything was beheaded inhis life changed tremendously after his father left him. Joining gangs and fighting was the only way to relieve his stress and hurt from not understanding why his father left him behind. At the age of 20 phillip dropped out of high school where he attended cambria heights also was known jackson highschool. Dropping out from high school for so long he realized that he had to get an education in order to make a living besides following his friends.

He went to school for his G.E.D diploma trying to catch up on his knowledge for so many months he thought he should quit. Until a friend helped him get into a college that was willing to offer his equivalency and assoicates degree on his favorite studies. Phillip was proud to accept the offer and joined the college. During college he would listen to beats and make songs the way he heard them in his head. He didn't know how music became part of his life he just enjoyed how he came up with perfect ideas about a song and start writing. People would agree on his ideas and motivate him to continue making music. He thought music was part of hislife but he thought outide the box because anyone can be a rapper but you can have it all but it can be taken away easily. Still focusing on his education he writes music when he has the time. Phillip is now in college majoring Paralegal studies and hope to one day be a homicide detective in the near future.

Enjoing music and videos from AYOBAMI... cool. Drop them a few dollars for support below.