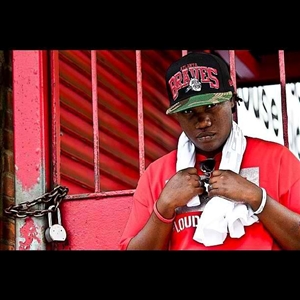 Nikkis voice comes across as smooth and confident as an alto saxophone. Although never written, her verses leave an impact from an evident thought process of a poet who intends to leave her fingerprint on this Earth as a musician and rapper. Her enun... Read More

RDLMUSIC.COM Is A PRODUCER, AND ALSO A WRITER. I HAVE PASSION FOR MUSIC. I THANK GOD THAT HE BLESSED ME WITH THIS TALENT FOR THE WORLD TO EXPERIENCE AND SEE! THANKS TO ALL MY FANS FOR ALL THE LOVE AND SUPPORT. (The best Thing that I Like About my M...

TeeDotWhy aka TeeWeezy Westside of Chicago , was raised on the West side and around outside Chicago. This EmCee, has a lot of great influences including Chicago rapper, Que Gutta, whos been rumored to be up next in Chicago HipHop. Since 2009 TeeDotWh...

Nikkis voice comes across as smooth and confident as an alto saxophone. Although never written, her verses leave an impact from an evident thought process of a poet who intends to leave her fingerprint on this Earth as a musician and rapper. Her enunciation is liquid lava, her cadences are production in themselves, every line falling intricately and precisely on the beat, coming across flawless on every track. "First Impression," Nikkis first solo project, is a street certified classic and prime example of this methodical emcees best. But her validity as the self proclaimed reign of Ya Girl Terror was exactly released with the LP "G State Of Mind". Nikki showed her talents not only as an emcee, but as a talented producer as well, loading her album with hardcore, driving beats and headbobbin basslines, thrusting this artist further into the position as undeniably, the hottest chick rapping in The Dirty. After being struck by a vehicle in early 2011, Nikki was left wheelchair bound and injured for most of the year. Having a strong support system from her 3riple 2ouble Entertainment family and her determination to stay on top, she was still able to push previously recorded tracks from her outstanding catalog. The story of her survival landed her an award in the Best Cover Story category of The Real Scene Tri-City Hip Hop Awards held down in her hometown of Columbus, GA. Now fully recovered and with plenty of "Motivation," which happens to be the title of the lead single from her upcoming project, Nikki is ready to take over the world. "I survived a very tragic situation that could have had a devastating outcome. I feel that my life was spared for a reason. And I feel Unstoppable." Look out world... www.reverbnation.com/706nix www.facebook.com/706nix www.twitter.com/706nix www.3riple2ouble.com

Enjoing music and videos from 706nix... cool. Drop them a few dollars for support below.