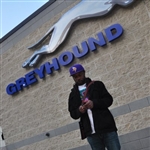 Philadelphia, Pennsylvania, west of southern New Jersey and north of hell- hard workers, Philly Cheese Steaks and the city of Brotherly Love is a place where bands like The Roots become sources of inspiration, rappers like Cassidy are considered simp... Read More

yo!! whats going on world, im new to the scene.. upcoming artist from the mid-west region trying to create a buzz. open to all collabs, im very versatile and easy to work with. feel free to download my music, comment on it and tell me what u like, vi...

Supa Emcee is the illest lyricist rep'n Ohio with a furious disposition and a untamed hunger for success. His latest album just released on itunes "Don't Wake Me" featuring Freeway and Wordsworth. It's a excellent follow up to "A Brother From Another...

KTS King of the Streets

Philadelphia, Pennsylvania, west of southern New Jersey and north of hell- hard workers, Philly Cheese Steaks and the city of Brotherly Love is a place where bands like The Roots become sources of inspiration, rappers like Cassidy are considered simply “good” and local neighborhoods become comfortable combat zones. Street corners become temples to praise local idols and liquor stores become houses of worship. Yet and still, it wouldn’t take Kodak to capture the influence of Islam, soulful music and creative expression. Philly- the land of State Property, Jill Scott, Tom Hanks “infested with AIDS” and the original home of the lead role in Seven Pounds- the city is much more than a resemblance of Heaven’s ghetto- but a reflection of a huge crock pot of various flavors, spices and traditions, mashed together to create beautiful babies and emcees like Courtney “2ew Gunn Ciz” Carroll. “I saw a lot of good,” says Ciz. “And a lot of evil.” After admitting that those experiences helped shape him, the native Philly emcee (with more outlets than an extension cord) has taken those experiences as inspiration. The somewhat “deep” rapper, with a mixture of street knowledge and formal education- with the experience of growing up while watching his father’s best friend, producer, label head and Philly legend, Dr. Shock and traveling shoes that could fit any nomadic figure in your history textbook- Ciz is much more than a modern musician. Rapping since the age of 11 and developing wit, style and definite knowledge, this innovative emcee is self-defined, self-taught and committed to what makes him happy- raw and untapped music. As a CEO, toured musician and as a past inmate in the Philadelphia County Prison, Courtney Carroll separates himself from the average musician by fusing his experience as a Nuclear Electrician Mate for the United States Navy to his current position as Director of Regional Operations for iStandard, as a leap past the industry’s external matters. The rugged, hard ripping and poised emcee owns YMBE and explores the actual science behind the business, by creating a way for other talented musicians. After studying political science at North Carolina Wesleyan College in 1999 and earning himself the National Defense Award during Operation Enduring Freedom, the now Atlanta and Philadelphia resident is turning the tables of urban culture by providing Artist Consulting Services for hip-hop and R&B artists. He proves that emcees can do it all. With that, Ciz has been featured in LA Weekly, The Philadelphia Metro, Foundation Magazine and several online publications. He has collaborated with Bad Boy’s E. Ness, Reed Dollaz and singer/songwriter Emilia Noelle, just to name a few. With over 30,000 plays on HipHopDX.com and over 40 shows done in the New York City area, Carroll, the son of an absent father who turned to drug addiction, is an example of hardship, passion and persistence. Winner of showcase after showcase, traveling from state to state, bridging the gap in the streets into online social networking- Ciz is the epitome of a progressive emcee, living and gliding through success. Ciz’s latest effort is Pay 2ew Play: The Mix Tape Scandal Continues hosted by DJ Bedtyme 357. He has been featured on several mix tapes and compilations including: United We Stand, Divided We Fall from High Intentions Records, DJ Bedtyme 357's Concealed Weapons, Legend's This is Why They Hate Me hosted by AC, Veteran's Day hosted by Torae and Back to the Basics hosted by Termanology. Mr. Carroll will not stop. “There's a piece of Philly in all my music.” Says Ciz. “Music is my journey and I carry Philly with me everywhere I go…”

Enjoing music and videos from 2ew Gunn Ciz... cool. Drop them a few dollars for support below.