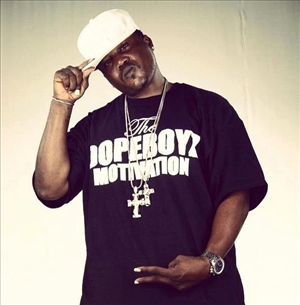 Gregory Parkes, known by his stage name 1 Adoff, is an American rapper from Orlando, Florida. He is currently signed to the independent record label Rawdacious Records.He is best known for his 1997 debut single “Shit So Shady”, which was a local succ... Read More

Pryority was born and raised in Cincinnati Ohio. Growing up on the west side of Cincinnati, Pryority began to start writting poetry at the age of 14. After winning his school poetry contest in his senior year at Western Hills High School in 2006, Pry...

Big Gritty first put his stamp on the local rap scene back in 2002. "I was selling beats, recording other artist, even converting freestyle's from tape to CD for rappers demos. Whatever i could to make a quick dollar". At the young age of 15, Big Gri...

Gregory Parkes, known by his stage name 1 Adoff, is an American rapper from Orlando, Florida. He is currently signed to the independent record label Rawdacious Records.

He is best known for his 1997 debut single “Shit So Shady”, which was a local success also reaching all the way to Houston, Texas.

1 Adoff was beginning to experience limited success but he quickly encountered serious legal trouble’s in 1990 he went to prison then was released in 2006 where he was found by DJ Bigga Rankin (Core DJs/Slip-N-Slide Records/CTE) and got 1 Adoff the deal with Slip-N-Slide Records then legal troubles again. After years of meeting roadblocks and obstacles with record labels, 1 Adoff decided not to be denied and to take matters into his own hands. He began to record an album creating street classics.

In 2008 he recorded the single “Living In The Ghetto” produced by StreetRunner (Multi Platinum Grammy Award Winner), which was released in April 2009 and received over 400K downloads via the web.

Enjoing music and videos from 1 Adoff... cool. Drop them a few dollars for support below.